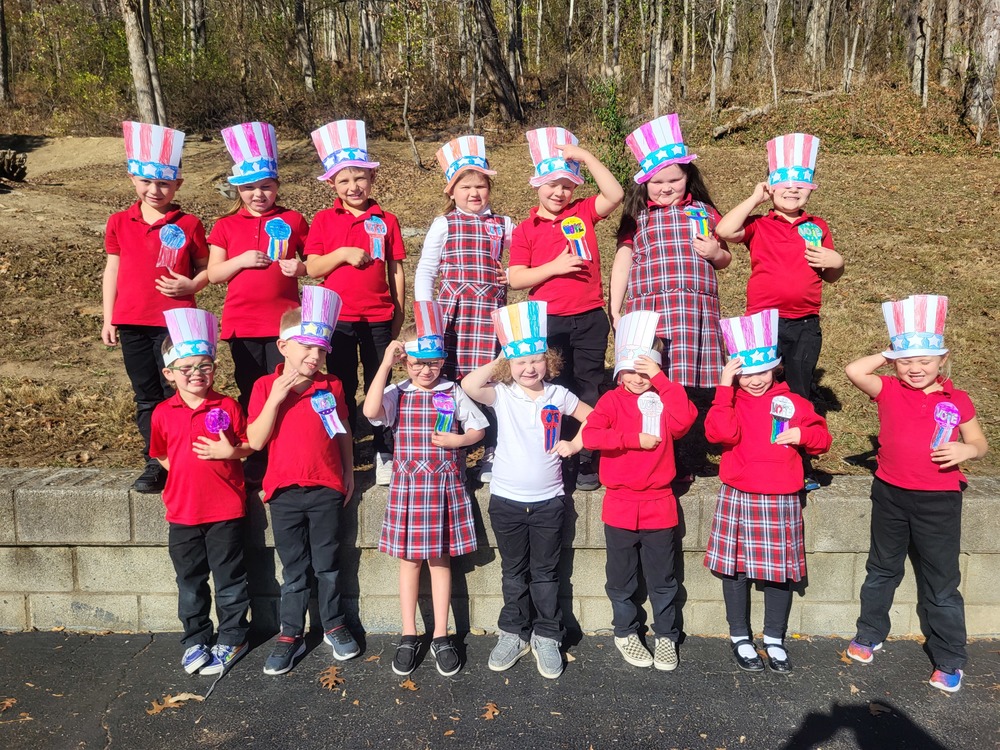 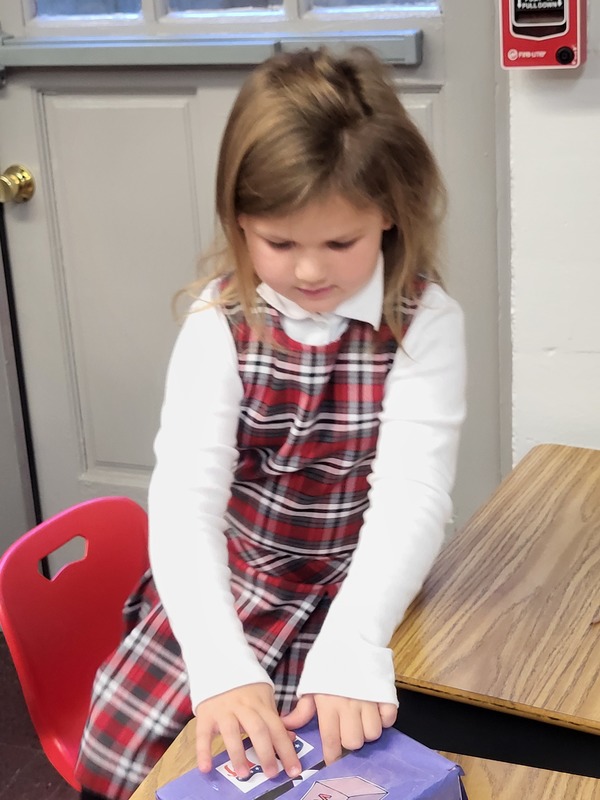 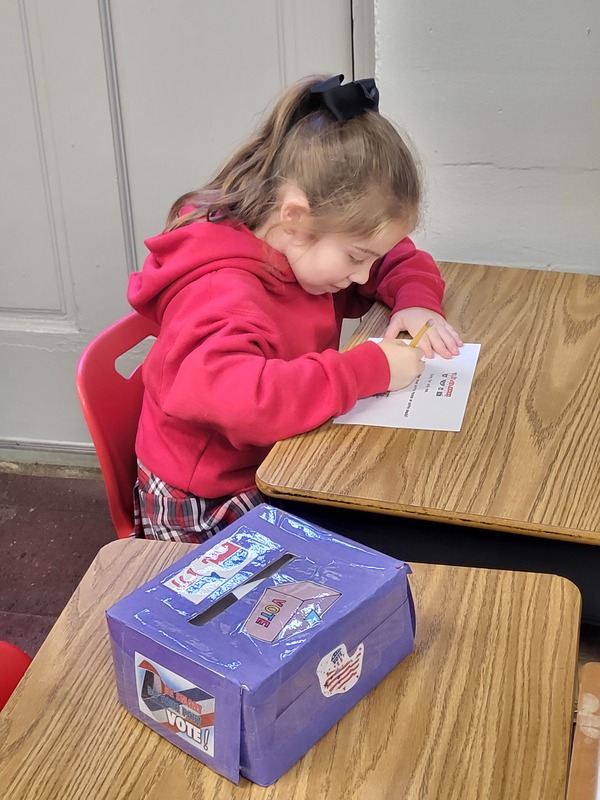 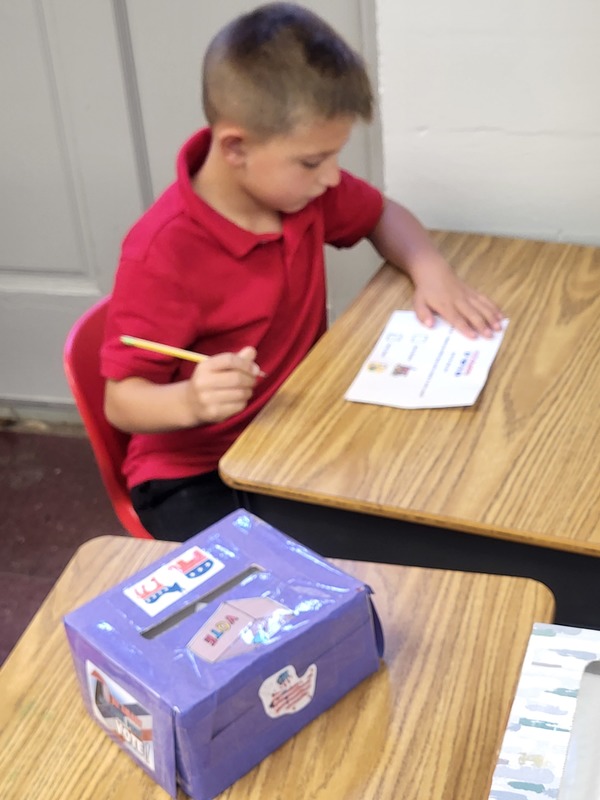 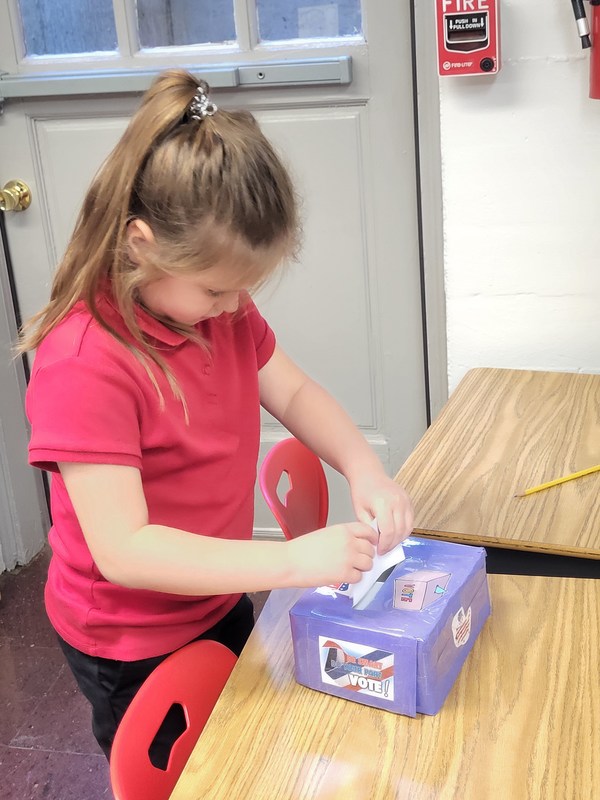 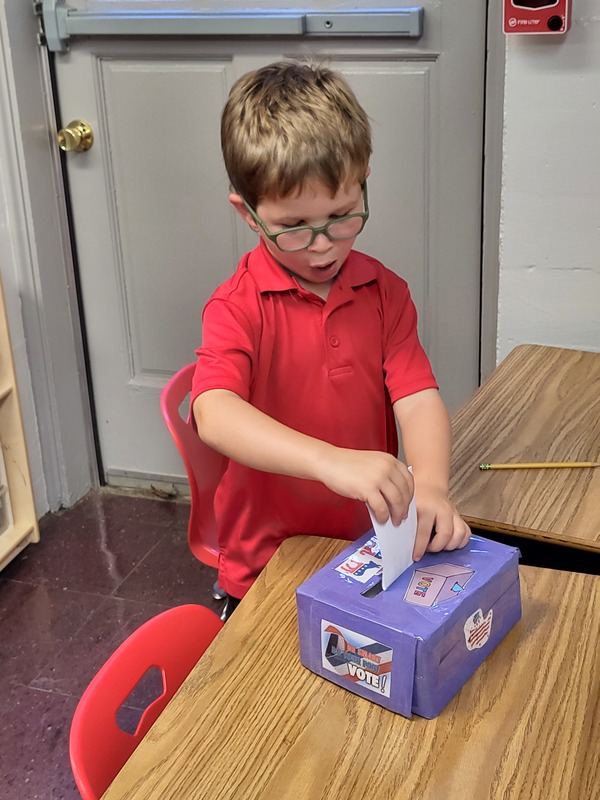 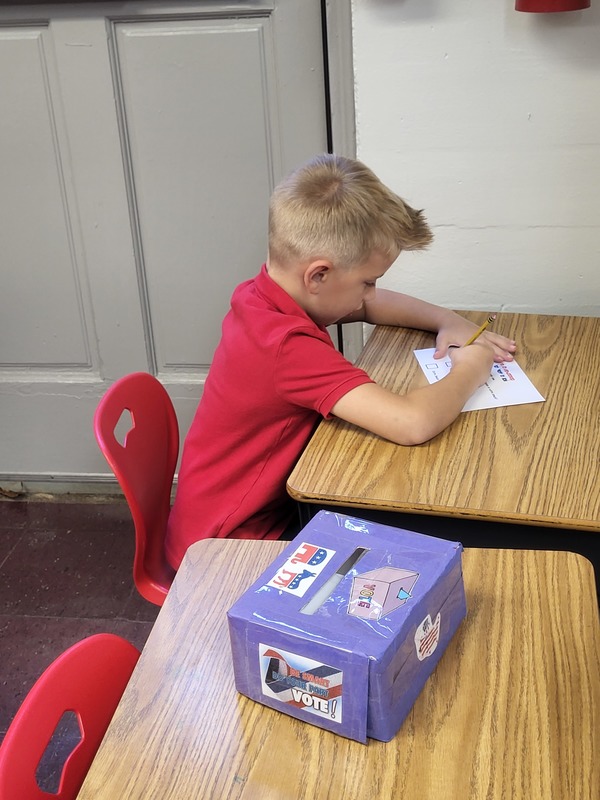 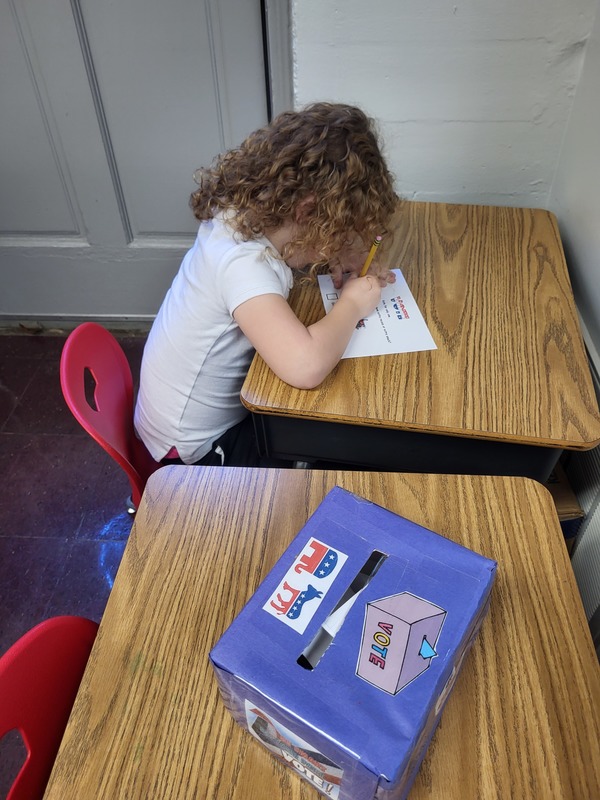 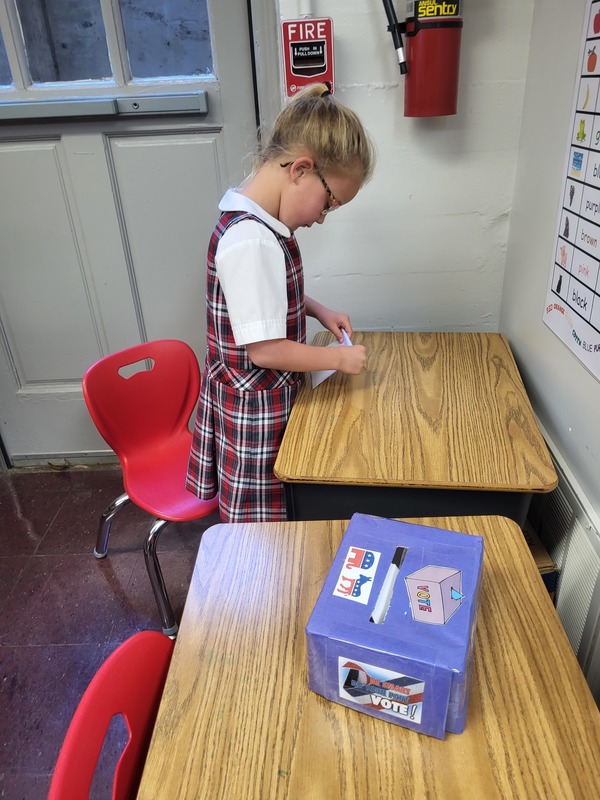 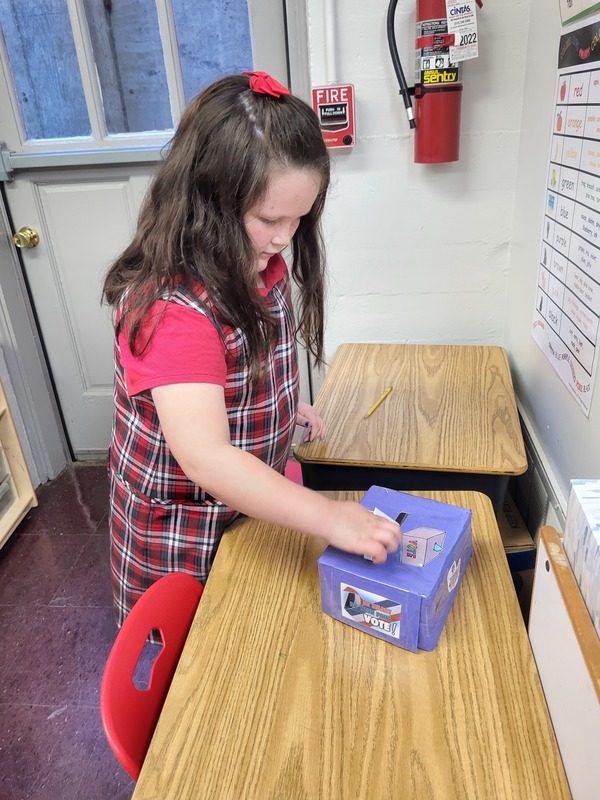 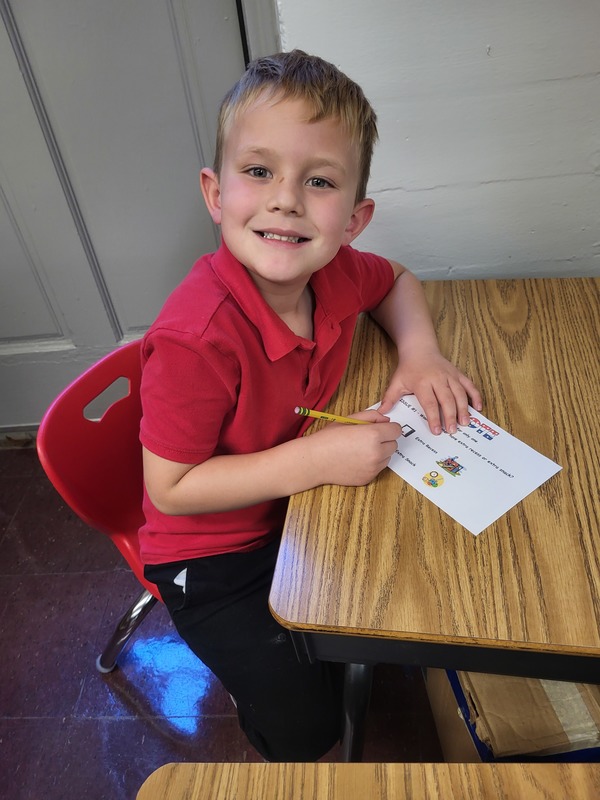 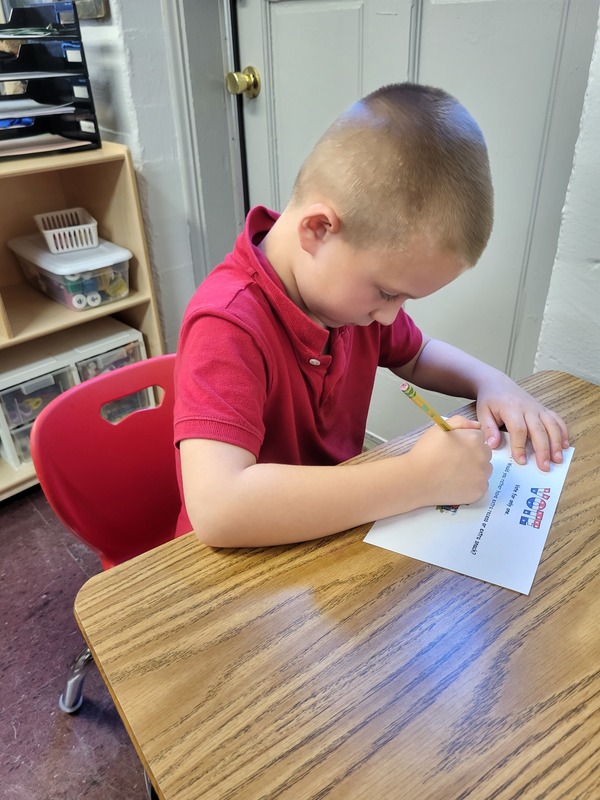 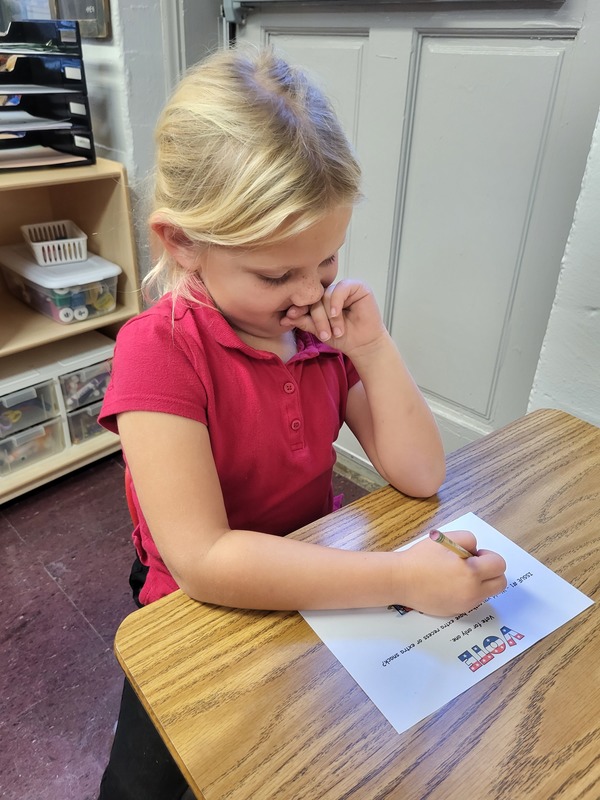 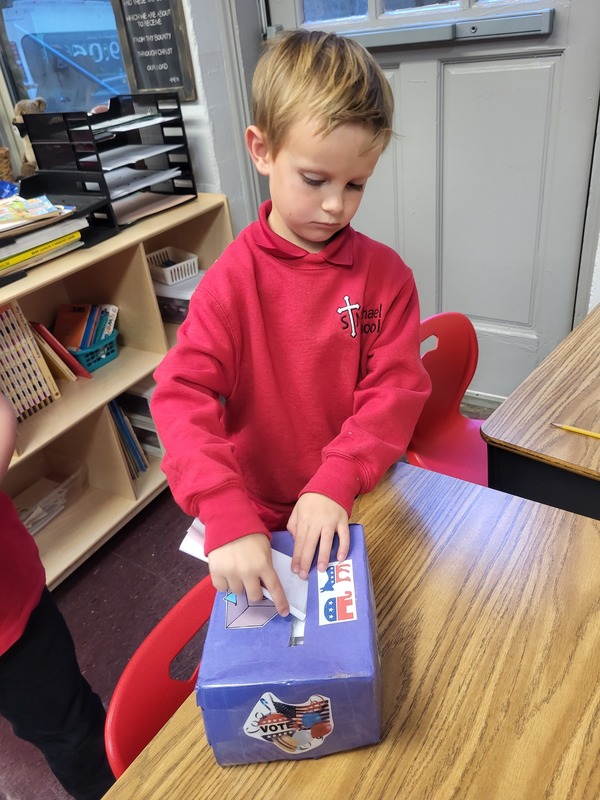 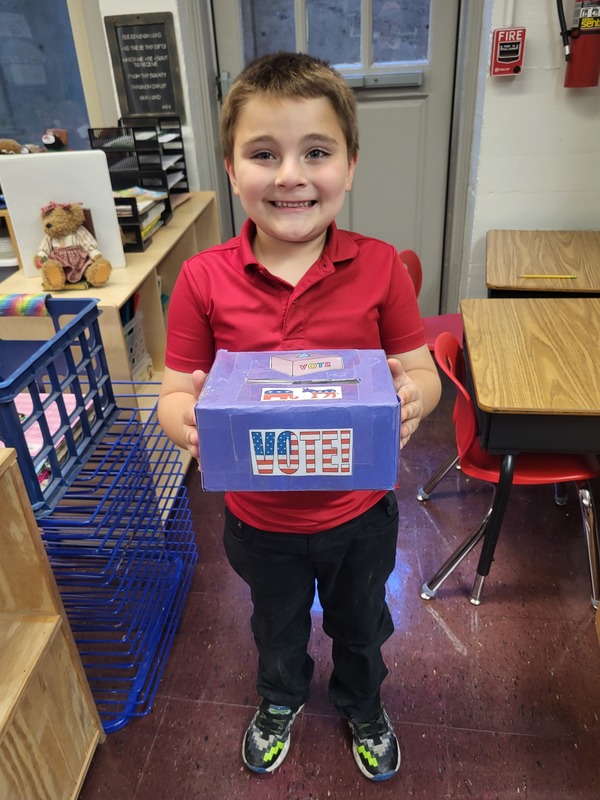 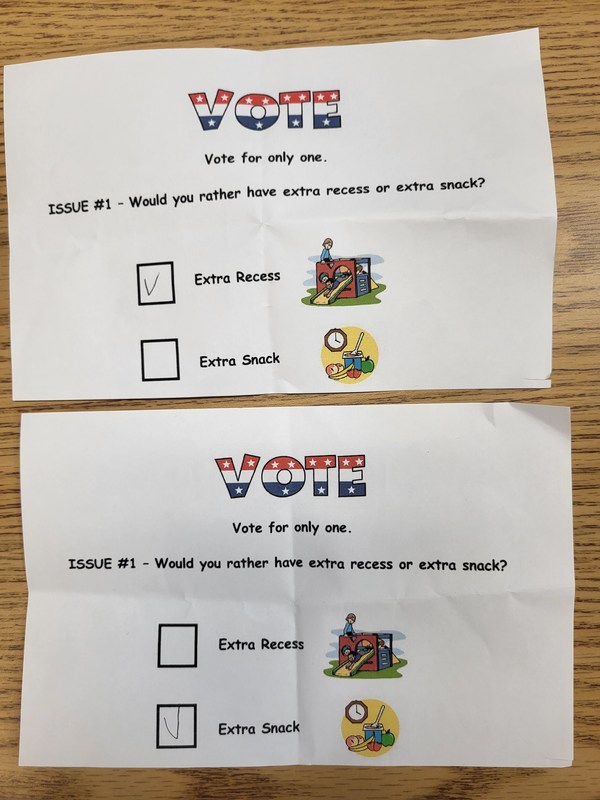 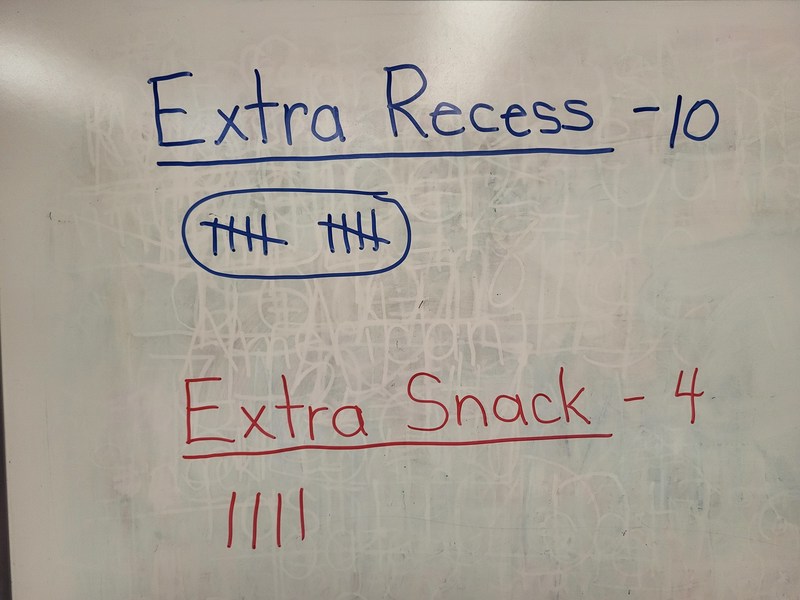 Today was Election Day in the United States... and in the St. Michael Kindergarten classroom, too!  The kindergartners had learned what a democracy is, a little about the two main political parties in the U.S., why we have elections, what's important to consider when choosing a leader, and the basics of the voting process.  Today we held a mock election in the classroom.  Since this year is a midterm election, the students only voted on an "issue" of great importance to five- and six- and seven-year-olds: having an extra recess or having an extra snack.  We have some physically-conscious kindergartners..... extra recess won by a large margin over consuming more calories!