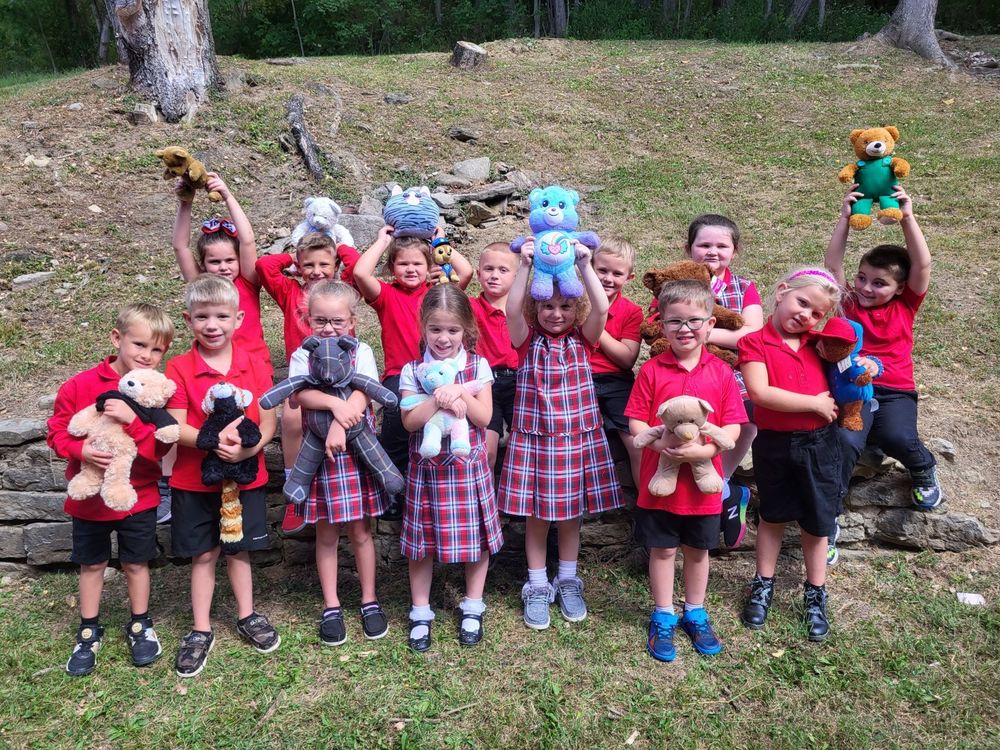 As a part of their in-depth study of the letter "b", the kindergartners celebrated by enjoying "Buddy Bear Day!"

Each child was asked to bring a bear buddy to school.  After enjoying the book Bear’s New Friend by Karma Wilson and Jane Chapman, they did an entry in their Writer’s Notebooks about a new friend they’ve made.  They also sorted the bears they’d all brought in using the attribute of size, and used the data collected to make a vertical bar graph.  They then used the bar graph to determine which size bear had the most and which had the least, as well as how many large and small bears there were altogether, and how many more medium-sized bears there were than small bears.

Then the kindergartners enjoyed making “Mini Bagel Bears” for snack.  The kindergartners gave the snack “two thumbs up!”  They are already looking forward to the next time that they make their snacks! 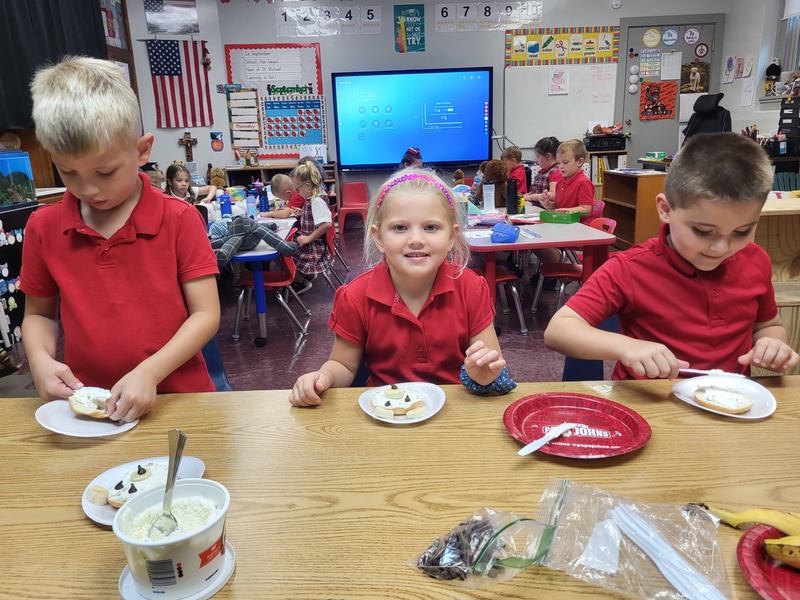 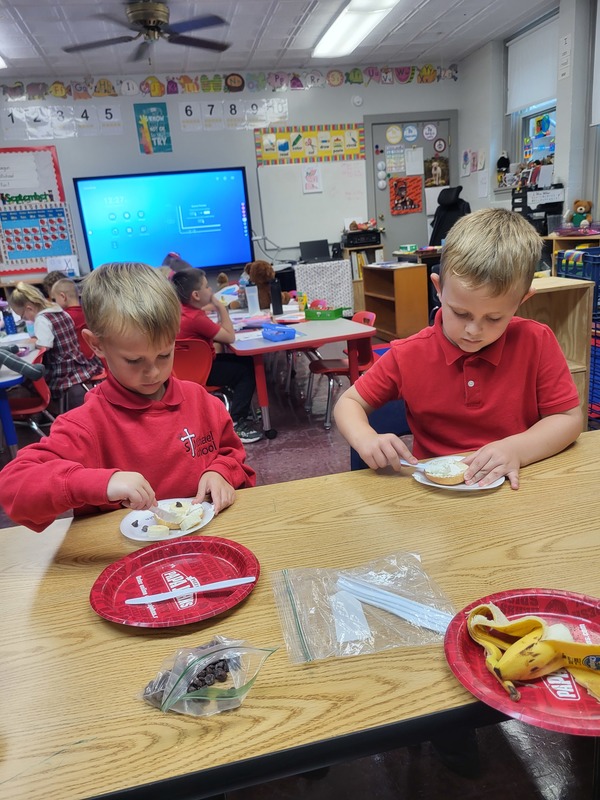 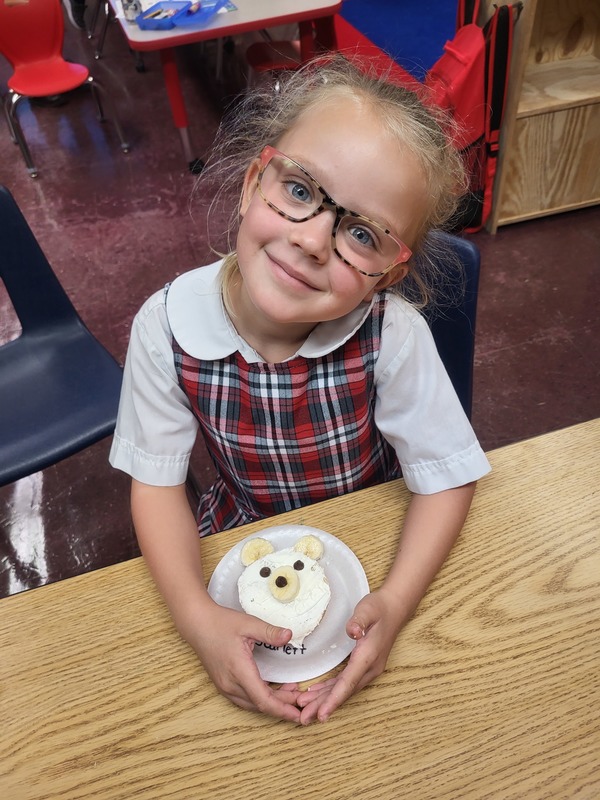